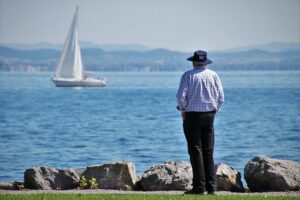 A recent study on moving patterns for retirees in the United States found that hundreds of thousands of Americans who retire each year are choosing to move somewhere other than where they currently live. That’s especially true in the past year, as 30 percent more people moved for retirement in 2020 than did the year before, a continuation of a trend in place since 2012. Roughly one-fourth of those chose to move away from cities and metropolitan areas, and about 40 percent moved to a different state. Florida has long been the number one destination for Americans leaving their state for retirement, although Virginia was the most popular destination in 2020.

Please contact us by phone, email, or the form below
so we can get you the help and support that you need!